Dare to make a mistake and get uncomfortable 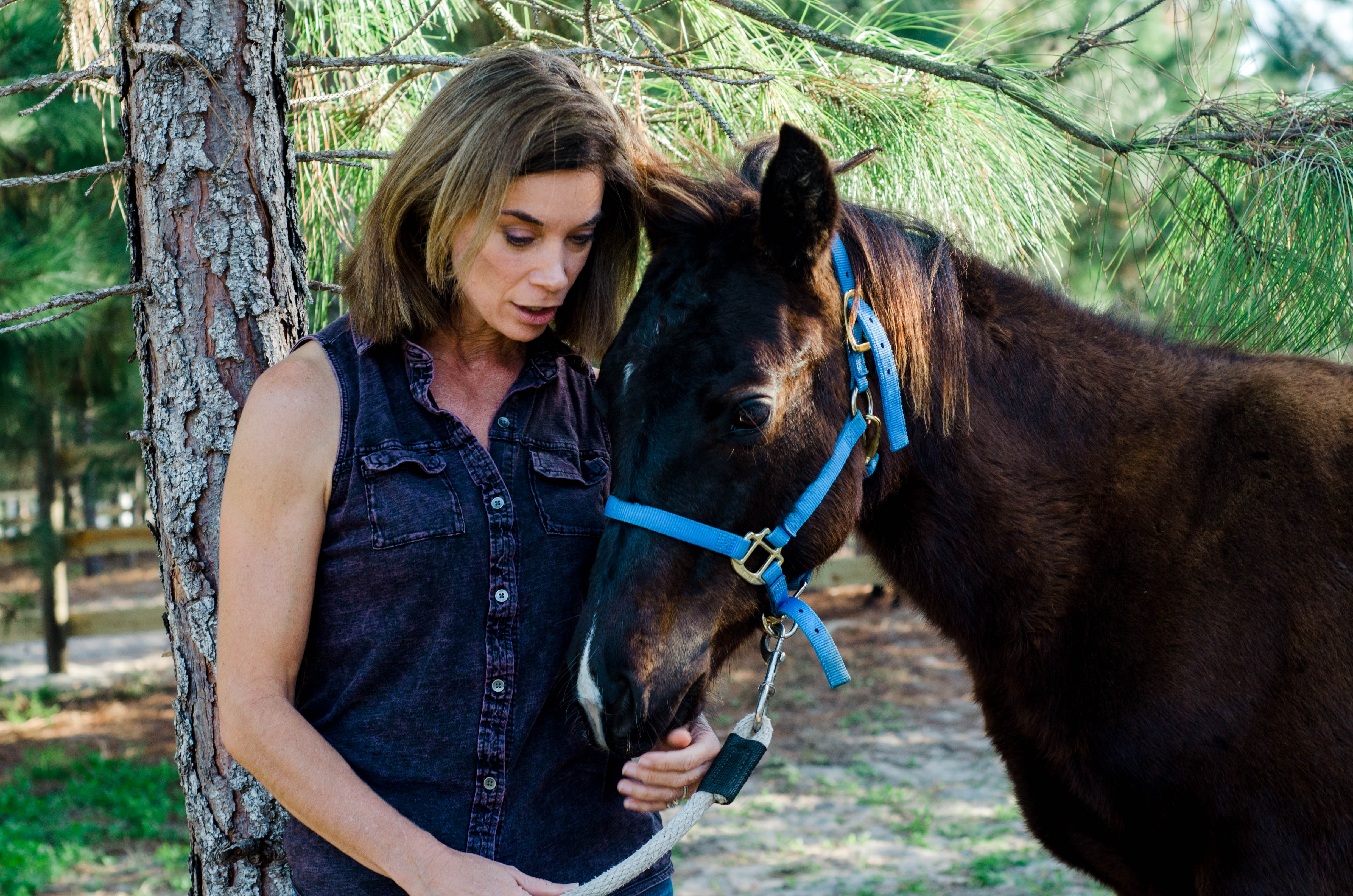 Learning from Lincoln-
I have put over 20 titles on 4 different dogs an even a championship on one of them and I can’t seem to get my horse to step sideways.
What in the world???
My Equus coaching training hasn’t even started yet, but it actually has… My little Lincoln is feeling my insecurity and indecisiveness, and is not about to go in the direction I want him to go. If I look deeper into the situation. I don’t really care if he goes sideways. The issue is I have 2 people watching, telling me what to do and I do not want to disappoint.
What I am finding out is you can not hide from a horse. Lincoln is basically telling me you are asking me to do this for the wrong reason. You are putting pressure on me and yourself to do it perfect and great. This feels odd, out of alignment and I am not doing it.  So,I left frustrated, discouraged and feeling like a failure.
It isn’t the fact that what I was trying didn’t work. That in itself did not cause suffering. The stories I told myself as I left the barn caused the suffering. I told myself things like, I am ruining my horse. We are never going to have the strong bond that I want. I don’t deserve a horse. I should just stick with what I know and play it safe.
Here is the problem with playing it safe. It gets boring. It feels stagnant. And sooner or later it is just depressing. Your true self does not want you to play it safe. In order to grow you have to take risks and get uncomfortable.
So, I will be back to the barn tomorrow to put myself in yet another uncomfortable situation and ask myself what would happen if I could not make a mistake? Who cares if I look ridiculous as I try something new. And it doesn’t matter who is watching and judging. At least I am trying.
“It is not the critic who counts; not the man who points out how the strong man stumbles, or where the doer of deeds could have done them better. The credit belongs to the man who is actually in the arena, whose face is marred by dust and sweat and blood; who strives valiantly; who errs, who comes short again and again, because there is no effort without error and shortcoming; but who does actually strive to do the deeds; who knows great enthusiasms, the great devotions; who spends himself in a worthy cause; who at the best knows in the end the triumph of high achievement, and who at the worst, if he fails, at least fails while daring greatly, so that his place shall never be with those cold and timid souls who neither know victory nor defeat.”
― Theodore Roosevelt