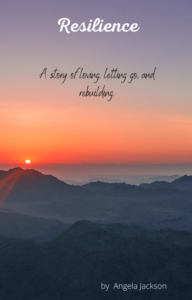 As I walked down the aisle at my Disney wedding, preparing to marry a wonderful, kind, and loving man, I had no idea what my life was going to entail. I knew I was excited, in love, and open for anything. What I found out was that I was about to go on a journey unlike anything I ever experienced. Not only a journey of fun, and excitement. But a journey of self exploration, death, near financial ruin, and rebirth.